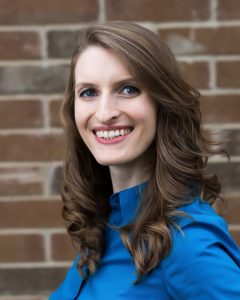 At the Opus Ithaca School of Music, Ms. Rooklidge founded and directs the Odyssey Choir (3 ensembles, youth through adults), along with teaching Kodály musicianship courses (ages 5-9), teen music theory, adult musicianship classes, private vocal musicianship and piano lessons. Additionally, she is on faculty at the Ithaca Waldorf School where she teaches general music classes (grades 1-8) and choir (grades 6-8). She also served as the Interim Artistic Director of the Cayuga Vocal Ensemble for fall 2019. Ms. Rooklidge previously held the position of Assistant Music Director and Director of Operations for GMChorale in Middletown, Connecticut, from 2017-2019. She served as the Founding Artistic Director of the Waterbury Youth Chorus from 2011-2016, and as the Yale Camerata Chorus Manager and Concert Production Assistant at Yale University from 2012-2015. Additionally, Ms. Rooklidge taught choirs, general music, and voice throughout Connecticut in public and private schools, and community and church organizations from 2011-2017. As a guest clinician, she taught in her second language of Italian as the visiting music instructor at Istituto Comprensivo Ildovaldo Ridolfi in Tuscania, Italy, in fall 2010. She also sings with Alchemy, a professional vocal chamber ensemble based in Connecticut, and she has had the honor of singing in choruses in prominent venues such as Carnegie Hall. Ms. Rooklidge studied conducting with Drs. André Thomas and Kevin Fenton at Florida State University, where she earned a Master of Music Education degree. She also holds a Bachelor of Music Education degree with a Concentration in Voice from Texas Tech University, mentored by acclaimed composer, conductor, author, and Kodály teacher, Dr. Susan Brumfield.