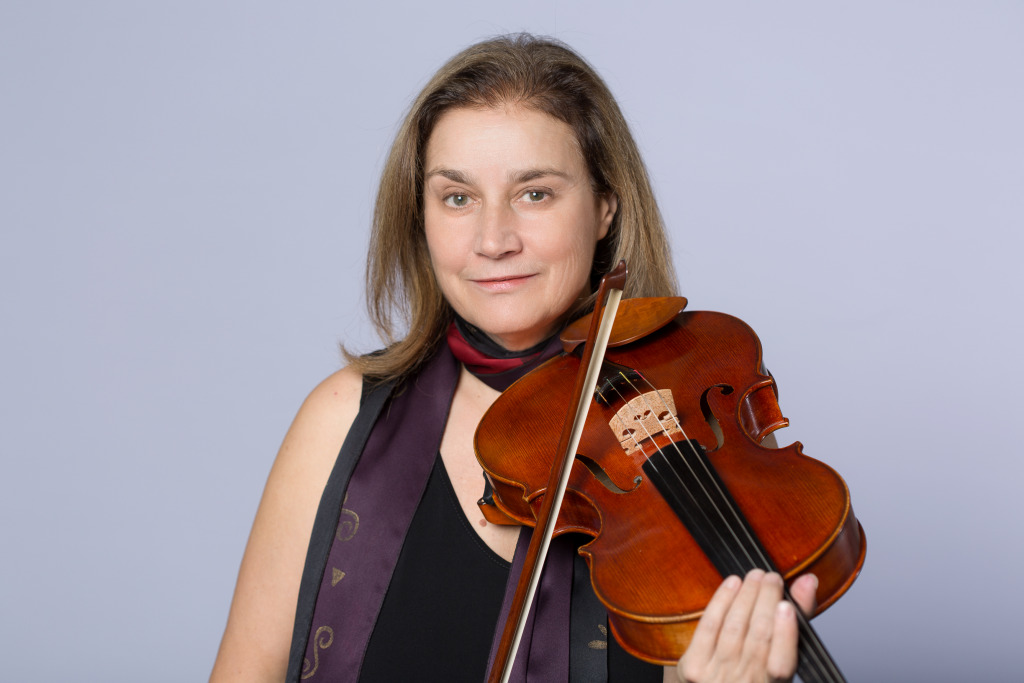 Roberta Crawford, violist, performs extensively as a recitalist and chamber musician. As associate director and a founding member of the Finger Lakes Chamber Ensemble, Ms. Crawford has participated in hundreds of solo, chamber, and lecture-recitals presented by the ensemble since its formation in 1990. From 2001 through 2014 Ms. Crawford served as violist with the Mobius Ensemble, resident piano quartet at Binghamton University, which performed frequently on campus and throughout the region. She has performed with the Catskill Chamber Players, appeared often on the Cayuga Chamber Orchestra’s Sunday Chamber Music Series and was a guest performer with the Ariadne String Quartet and with Mayfest at Cornell University.  Ms. Crawford has played with the Portland and Syracuse symphonies and has served as principal violist for the Cayuga Chamber Orchestra. An advocate of new music, Ms. Crawford has premiered numerous works featuring viola and has been the dedicatee of several works written for her. She has participated in music festivals throughout the United States and in the Caribbean and has appeared in live performance broadcasts for public radio and television. A dedicated teacher, Ms. Crawford has served as clinician, coach, and adjudicator for numerous music organizations and as director of ViolaFest at Binghamton. Ms. Crawford served for five years as a Faculty/Artist for NSOA ASTA String Institute at Ithaca College. She has been a guest faculty member at Phillips Academy, the Quartet Program, Ithaca College, and the Eastman School of Music. Currently she is director of First Street Music Studios, a faculty member at Opus Ithaca and coordinator of strings at Binghamton University.