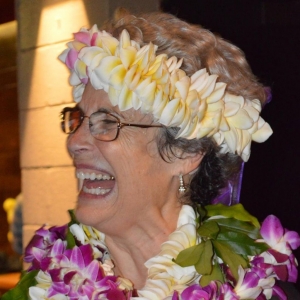 Dr. Madeline Schatz-Harris received most of her musical experience in Los Angeles, California. She studied violin with Eudice Shapiro, Josef Gingold, Jascha Heifetz and Henryk Szyerng; viola with William Primrose, David Dawson and Milton Thomas; piano with Jack Previn and John Crown and conducting with Michael Tilson Thomas, Daniel Lewis, Leonard Slatkin and Paul Vermel. She has won the grand prize in the international Coleman Chamber Music Competition five times, has studied chamber music with the Juilliard, Netherlands and Amadeus Quartets; and has performed internationally as a concert artist on the conducting podium as well as on violin and viola. She is a former violinist in the Los Angeles Philharmonic, Los Angeles Chamber Orchestra, and California Chamber Symphony and has appeared as soloist with numerous orchestras as well as being an active chamber music player and teacher. She has guest conducted on numerous occasions, including the London (England), Utah, New Mexico, Tacoma, Albuquerque Chamber and Virginia Symphony Orchestras, in addition to the Women’s’ Philharmonic, the University of Oregon Symphony and the Salt Lake Symphony. Maestra Schatz-Harris has recorded on CD with the London Symphony and Fairbanks Symphony Orchestras. Dr. Schatz-Harris presently maintains her home in Ithaca, NY where she is privileged to be active in the arts community, and is the Music Director of the Ithaca Community Orchestra.