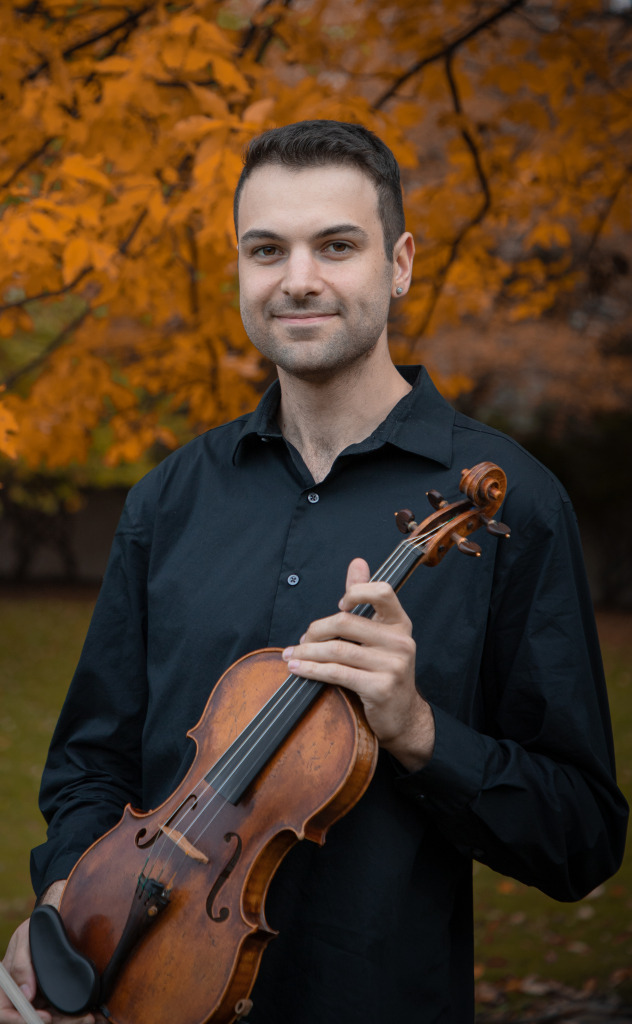 Violinist Asher Wulfman is a performer of solo, chamber, and orchestral works for violin. As a soloist, Asher has performed with the Livingston Symphony Orchestra and the Oberlin Sinfonietta. He holds a Master’s Degree in Violin Performance from the University of Southern California Thornton School of Music, and Bachelor’s Degrees in Violin Performance and English from Oberlin College and Conservatory.

Asher is a frequent interpreter of new music, and has enjoyed collaborating with and premiering works by young composers such as Seare Farhat, Ashlin Hunter, Uri Kochavi, Aliya Ultan, and Tara Valkonen. In 2022, Asher was invited to participate in Creative Dialogues, an international composer-performer workshop sponsored by the Sibelius Academy. In 2018, Asher was a featured artist with the Oberlin Sinfonietta, playing Four Portraits for Solo Violin by Grammy-winning composer Billy Childs.

Asher also enjoys studying and performing early music. As a member of the Thornton Early Music Ensemble, he performed many chamber and solo works on the baroque violin.