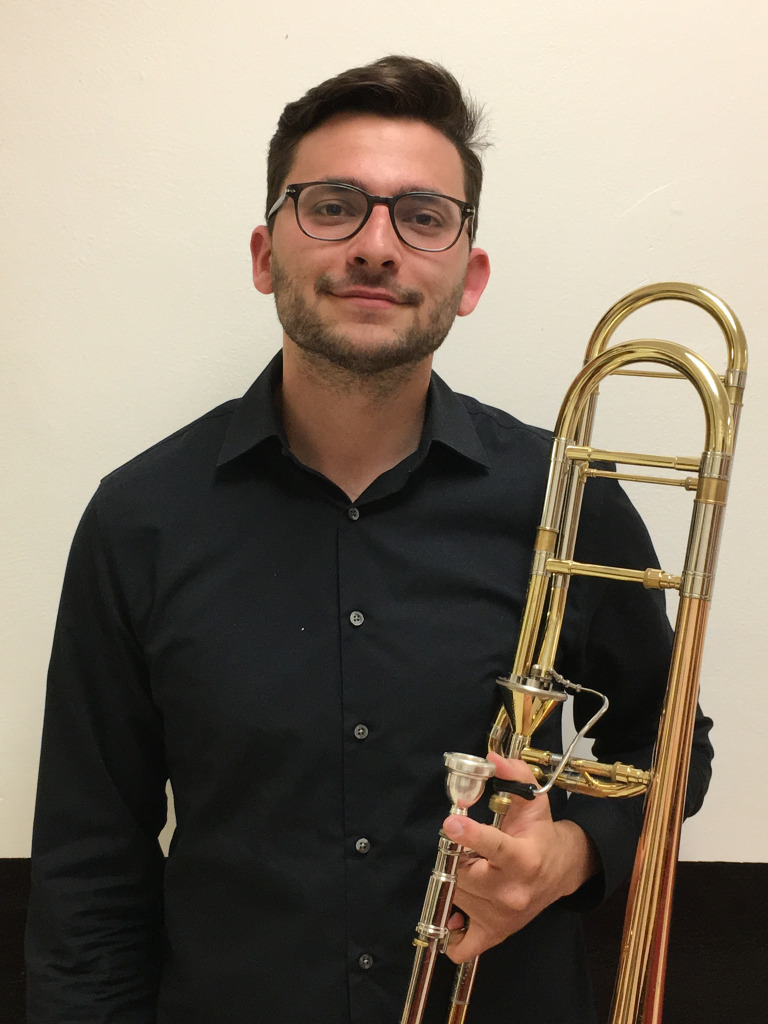 Michael Nave is an active trombonist and educator in the Central NY region. He has performed with groups such as Symphoria, The Catskill Choral Society, Syracuse Stage, and the Cayuga Chamber Orchestra. Michael received his Master’s in Music Performance and Bachelor’s in Music Education from Ithaca College. During his time at Ithaca College, his trombone quartet was a two-time finalist for the Fort Worth Trombone Summit in Fort Worth, Texas. Michael is a regular freelancer with groups across the Northeast region in a variety of styles such as chamber music, jazz, rock, salsa, and theater pits. He is currently the bass trombonist of the Ithaca-based Fall Creek Brass Band, an Ithaca staple frequently heard at music festivals and events in the community.

Michael is the band director at Newark Valley Middle School where he proudly maintains a beloved band program. Since 2015, he has been on Ithaca College’s Summer Music Academy faculty as the trombone instructor. He is passionate about sparking students’ love for music and enjoys teaching musicians at all levels. Outside of music, he enjoys traveling, playing basketball and tennis, and exploring Ithaca’s nature.