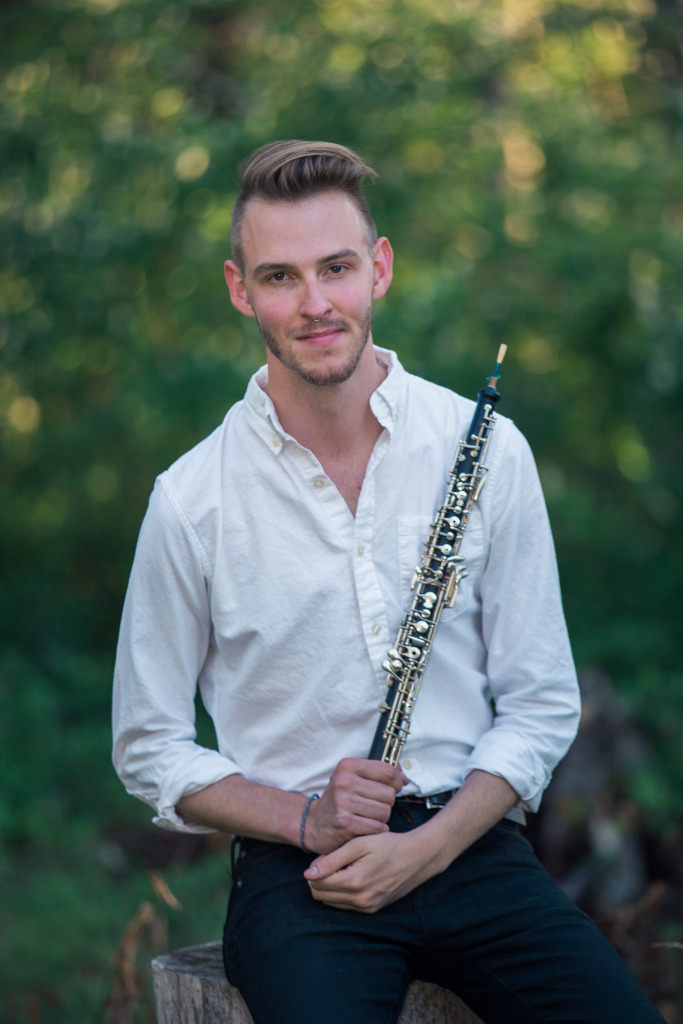 Jake Gunnar Walsh is a composer, performer, and educator from Chepachet, Rhode Island.  A recent graduate of Indiana University Jacobs School of Music, he earned a double Masters Degree in Oboe Performance and Music Composition studying oboe with Linda Strommen and Roger Roe, and composition with Claude Baker and David Dzubay.  Jake graduated from Ithaca College in 2015 with a double B.M. degree in Oboe Performance and Music Composition, studying oboe with Paige Morgan, and composition with Dana Wilson and Jorge Villavicencio Grossmann.  Jake is passionate about premiering and commissioning new works for the Oboe and English Horn, and specializes in the performance of contemporary music.  Equally dedicated to the art of music education, Jake has taught as an Associate Instructor for the Department of Music Theory at Indiana University, led a series of masterclasses on Oboe Extended Technique and Contemporary Performance Practice, and has taught private oboe and composition extensively.  Jake has been on faculty teaching Music Composition and Music Theory at the Ithaca College Summer Music Academy since 2016, and has been the Composer in Residence at the Luzerne Music Center since 2019.  Jake is currently Assistant Professor of Oboe at Ithaca College where he also works as a Lecturer in the Department of Music Theory, History and Composition.

Jake’s work as a performer has led him to stages across the United States and abroad.  Highlights of such performances include The National Flute Associate Convention (2017) in Minneapolis, MN; Indianapolis Opera in Indianapolis, IN; Bloomington Chamber Singers in Bloomington, IN; the Binghamton Philharmonic in Binghamton NY; the Grassroots Festival Chamber Orchestra in Trumansburg, NY; the Columbus Indiana Philharmonic Orchestra, and Ensemble X Contemporary Music Ensemble in Ithaca, NY founded by the late Steven Stucky.