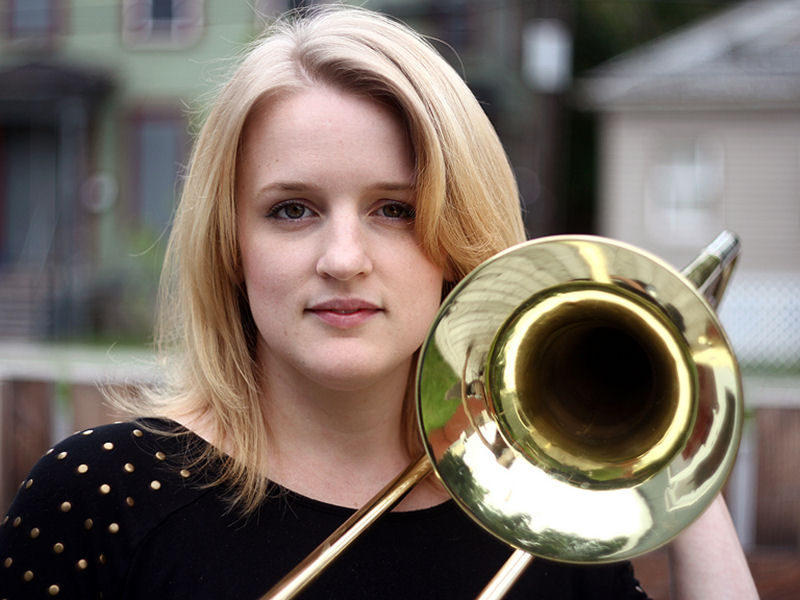 Emerging jazz trombonist Melissa Gardiner has been described by Curtis Fuller as technically creative and emotionally powerful. Her improvisation is inspiring and motivating for the listener, and she draws you in with a raw expression that directly relates to life experience.

As a bandleader, she performs regularly with her jazz organ trio, MG3, and the SAMMY Award winning New Orleans style brass band, Second Line Syracuse. She is a member of the CNY Jazz Orchestra and frequently joins other local and regional ensembles. Gardiner is active in theater as a pit orchestra musician and has also worked with Carnival Cruise Lines and the Disneyland All-American College Band.

Currently based in Syracuse, NY, Gardiner is the jazz trombone instructor at Cornell, Syracuse University and Le Moyne College. She teaches the MANOS Makes Music program for dual language preschool students, which focuses on music and movement. Although she is just getting started in the world of music education, Gardiner was a finalist for the 2017 Music and Arts Educator of the Year Award.

Embodying the concept of artist as citizen, Gardiner works to create an environment of mentorship and support through music. She hosts weekly jazz jam sessions, and co-founded the Unity Street Band, a community brass band which brings musicians together from all levels of experience to perform for good causes.

Gardiner is a member of The Professional Musicians of Central New York Local 78 AFM. She is an artist for BAC Musical Instruments and plays on a BAC Custom Trombone.