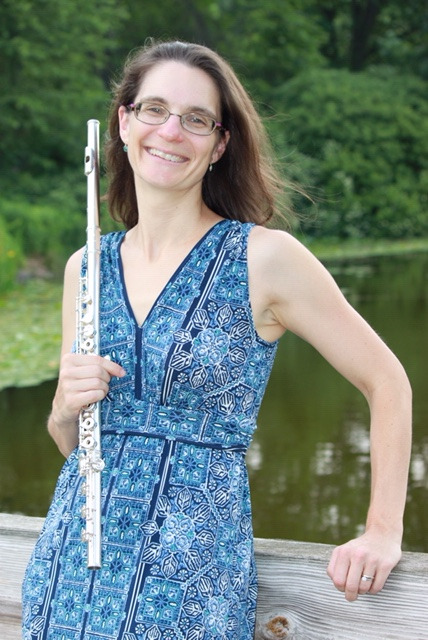 Juliana May Pepinsky is a lecturer at Cornell where she coaches flute ensembles and teaches private lessons.  An active chamber musician, Juliana performs regularly as a member of the Ithaca Flute Duo, the Fingerlakes Flutes, and Cornell’s ensemble x.  The Ithaca Flute Duo released their first CD, Debut, in 2018 and has performed at the National Flute Association’s annual convention. As an orchestral musician, she has performed with the Skaneateles Festival Orchestra, the Orchestra of the Southern Finger Lakes, the Waterbury Symphony and the New Britain Symphony.

She counts among her career highlights performing the opening concert of Zankel Hall in New York City’s Carnegie Hall under the direction of John Adams, and more recently, as soloist in a new concerto for flute and wind ensemble by Frank Ticheli with the Cornell Wind Symphony.  Before moving to Ithaca in 2008, Juliana was an adjunct professor at Southern Connecticut State University, the University of Colorado, Metropolitan State University, and others teaching music theory and history.  She was also on faculty at the Jakarta International Summer Music Festival in 2008.  Juliana holds a B.M. in flute performance and music history from the Oberlin Conservatory and a M.M. in flute performance from Yale University. Her principal teachers include Michel Debost, Ransom Wilson, and Anne Diener Zentner.