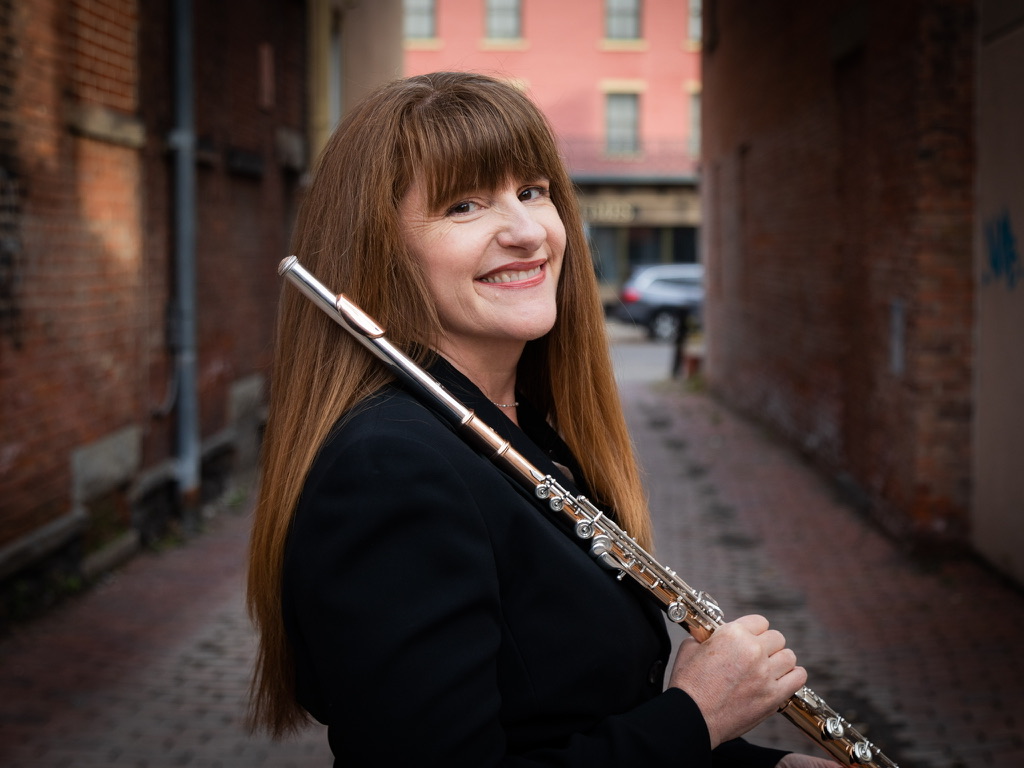 Elizabeth Shuhan is on the flute faculty and is the coordinator of Education and Community Engagement at Opus Ithaca School of Music in Ithaca, NY. She is also a visiting lecturer of flute at Cornell University. In addition to her teaching, she serves as principal flute with the Fort Smith Symphony (AR) and has recorded four CDs with them. In the summer of 2019, Ms. Shuhan will start her position as faculty artist at Luzerne Music Center where she will teach/coach young musicians and perform with other faculty artists. As a chamber musician, she performs regularly in recital with the Shuhan-Luk Trio, the Cornell Wind Quintet and the Ithaca Flute Duo. An advocate for new music, she is also a resident ensemble member of the Ithaca New Music Collective. Ms. Shuhan is an active freelance artist with the Skaneateles Festival Orchestra, Finger Lakes Opera and Opera Ithaca. She has performed as substitute principal flute and piccolo with the Binghamton Philharmonic and has also performed with the Rochester Philharmonic, Cayuga Chamber Orchestra and the Rochester Chamber Orchestra. Prior to moving to New York, Ms. Shuhan held positions as principal flute and 2nd flute/piccolo with the North Arkansas Symphony and 2nd flute/piccolo with the Meridien (MS) Symphony.

Ms. Shuhan has served as Woodwind Chair for the New York State Music Teacher’s Association and is an active adjudicator in central and western New York. She has presented and performed at several National Flute Association conventions, the Suzuki Association of Americas, College Music Society conference, International Double Reed Society and at the International Horn Society Symposiums. Ms. Shuhan was previously on the faculties of Ithaca College as a lecturer, the Hochstein School of Music and Dance in Rochester, NY as flute instructor and Director and flute instructor at the Suzuki Music School of Arkansas (University of Arkansas). She was also a teaching assistant and visiting assistant professor of flute at the University of Arkansas.

As a flute soloist, she has performed concerti with the Ithaca Community Orchestra, the Fort Smith Symphony, the North Arkansas Symphony, the Music Festival of Arkansas Orchestra, the Ithaca College Wind Ensemble, the University of Southern Mississippi Symphony and the Hunstville (AL) Youth Symphony. A laureate of several competitions, including: winner of the National Flute Association Convention Performers and Professional Flute Choir Competitions, first-place winner of the Mid-South Flute Society Competition, a finalist in the Music Teacher’s National Association Collegiate Artist Competitions, and a finalist in the Fischoff Chamber Music Competitions with the USM Wind Quintet.

Ms. Shuhan has received advanced teacher training in the Suzuki flute method, earning certification with the Suzuki Association of the Americas while studying with master teacher trainers Toshio Takahashi, David Gerry and Wendy Stern to name a few. She holds degrees from the University of Arkansas and the University of Southern Mississippi. Principal teachers include Ronda Mains, Sharon Lebsack and Sheryl Cohen.

She has recorded for Naxos, Albany Records and PBS. Ms. Shuhan has been playing Burkart flutes exclusively since 2005. She currently performs on a 14K gold Burkart Elite flute with silver keys and a platinum headjoint with a 14K lip/riser and a Burkart Elite piccolo with gold fittings.