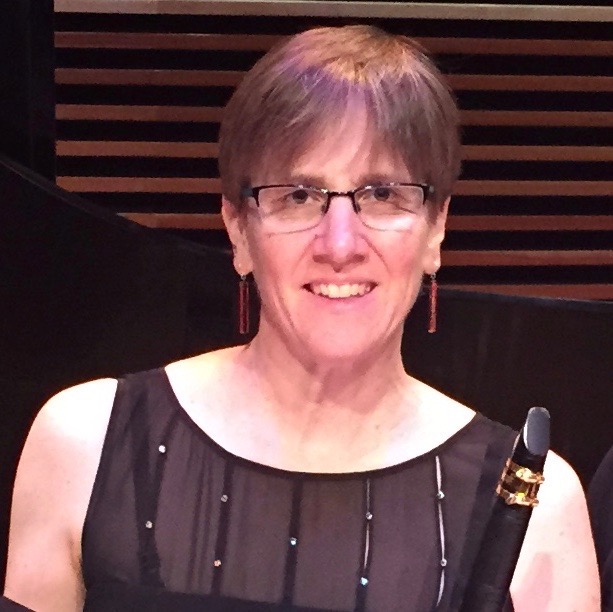 Clarinetist Sarah Chandler has an extensive career as orchestral and chamber musician as well as instructor. She is a currently a member of the Cayuga Chamber Orchestra, the Binghamton Philharmonic and the Tri-Cities Opera Orchestra. She also serves as a substitute for the Glimmerglass Festival Orchestra. Her past orchestral experience includes the Milwaukee Ballet Orchestra, the New World Symphony and the Spoleto (Italy) Festival Orchestra. She was a prize winner at the International Clarinet Society Competition three times and won the grand prize in 1988. Her many chamber music performances include the Cayuga Chamber Orchestra chamber series and the Glimmerglass Festival Orchestra musicians’ chamber concerts.

She served as Lecturer of Clarinet at Binghamton University from 2007 until 2013 and taught private lessons in Chicago and Highland Park prior to moving to upstate New York. She holds a BM from Northwestern University, and an MA from the University of Iowa. Her teachers include Russell Dagon, Robert Marcellus and Clark Brody. She also has pursued a career as an academic librarian and holds an MLIS from the University of Wisconsin-Milwaukee. Her most recent librarian positions were at Binghamton University and Cornell University, in the School of Industrial and Labor Relations. She is proud to serve her fellow musicians as the Delegate to the Regional Orchestra Players’ Association (ROPA) for the Binghamton Philharmonic.